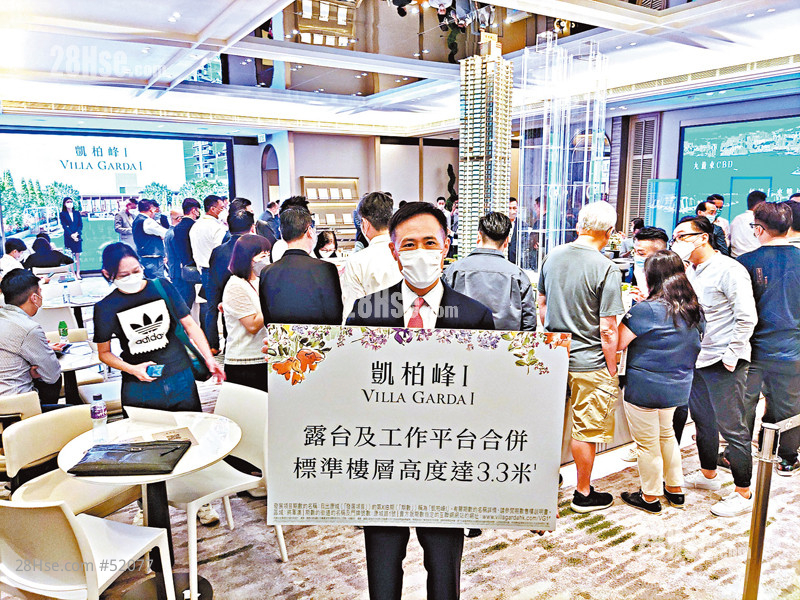 The first-day ticket collection of Kaibaifeng I exceeds 8 times, and Xihui will launch 68 units in the second round next Tuesday.

The United States is raising interest rates wildly, and the heat wave of new sales in Hong Kong continues. Changshi Partners with SHKP to develop Tuen Mun Castle Peak Road Feiyang launched the first round of 138 units today, and closed at 3:00 pm yesterday. It is reported that the project has received about 1,000 tickets since the receipt of tickets last Saturday and over the past 7 days, which is over-registered. About 6.2 times. Xinzhi partnered with Ka Wah and China Merchants Land Co., Ltd., which was jointly developed by Tseung Kwan O, LOHAS Park, Cape Peak I, which received more than 1,200 votes on the first day yesterday. The first price list was 128, and the over-registration was more than 8 times. In addition, Henderson Land's Hung Hom Bijiafang·Xihui will launch the second round of 68 units next Tuesday.

Feiyang launched the first round of 138 units today, with discounted prices ranging from RMB 4.372 million to RMB 10.432 million, or RMB 13,720 to RMB 17,474 per square foot. Group A can buy a maximum of 4 units, at least one of which is a three-bedroom household, and the total number of one-bedroom and two-bedroom households available for purchase in Group A is not more than 20. Group B can buy up to 2 units.

Kable Peak I or additional units within the day

Xinzhi partnered with Ka Wah and China Merchants Land Co., Ltd., which was jointly developed by Tseung Kwan O LOHAS Park Kai Baifeng I officially began to collect votes yesterday. According to the news, as of 7:00 last night, more than 1,200 votes were received on the first day, and the over-registration was more than 8 times. Tian Zhaoyuan, co-director of Sino Land Sales Department Group, said that the project has the opportunity to launch additional units within days, and the showroom has recorded more than 5,000 visitors in the first two days.

As for Bijiafang Xihui in Hung Hom, which had threatened to raise prices and launch at least 65 units within a few days, it was not pushed further, but 68 units were put on sale in the second round next Tuesday. Lin Damin, general manager of Henderson Property Agency Sales (1) Department, said that the project will be sold in the second round of 68 units next Tuesday.

The project added 68 units to the No. 4 price list earlier, with an area ranging from 180 square feet to 369 square feet, including 12 open-plan units, 41 one-bedroom units and 15 two-bedroom units, at a discounted price of 4,688,200 to 8,896,700. The discounted price per square foot is 22,913 yuan to 26,580 yuan. At the same time, a flexible and autonomous first-phase installment plan specially designed for open-plan units has been launched, which is believed to help young or less-funded owner-occupier buyers to get on the car.

According to the sales arrangement, the buyers of the project are divided into 4 groups. Groups A1 and A need to purchase 2 to 4 designated properties during the large-scale purchase period, and then general buyers of groups B1 and B can purchase 1 to 2 units. 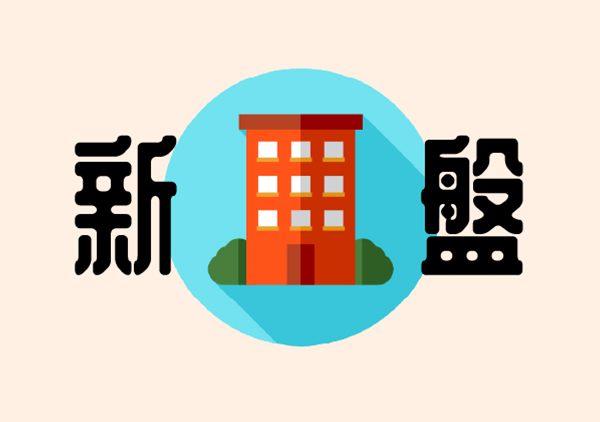 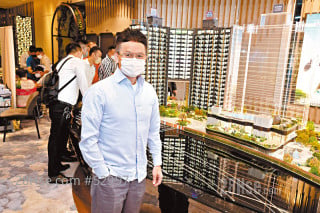