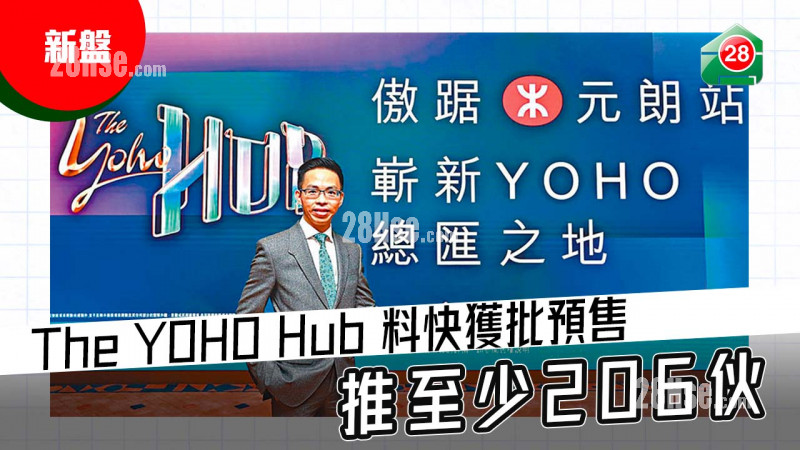 Hong Kong Wen Wei Po (reporter Li Zitian) 2021 is approaching the end of the year. Developers are speeding up their launches. Xindi, which once said that "houses are sold every month", will launch the finale of the YOHO series. The YOHO Hub, a residential development project above Yuen Long Station under its co-development with the MTR, has launched soft sales. SHKP's agent general manager Chen Hanlin said that the project is expected to receive a pre-sale consent form next week. The sales brochure will be announced as soon as possible. It will be on sale soon in December.

Chen Hanlin said that The YOHO Hub show unit is located in the first phase of the International Finance Center and has been completed. A total of 6 show units are provided for the public to visit, including 1 to 4 room partitions. 3 and 4 rooms will have modified show units. . The YOHO Hub No. 1 price list will cover 1-bedroom to 4-bedroom units, providing no less than 206 units.

On the other side, Southwest Kowloon Harbour View II, jointly developed by Wheelock, Sino Land, K. Wah, Shimao and Java, carried out a new round of sales yesterday. The news is that 15 transactions were recorded as of 6 pm, of which Block 3A, 29th Floor A The unit has a saleable area of 1,081 square feet, including 1,094 square feet of rooftop and 134 square feet of platform. It belongs to a special household. The transaction price is 45.15 million yuan and the transaction price is 41,767 yuan per square foot, which is the second highest price per square foot of the project.

According to news, transactions in the Victoria Harbour Exchange series have accelerated, with 39 transactions recorded this month. The entire 606 units were temporarily sold, and more than 8.6 billion yuan was cashed in.