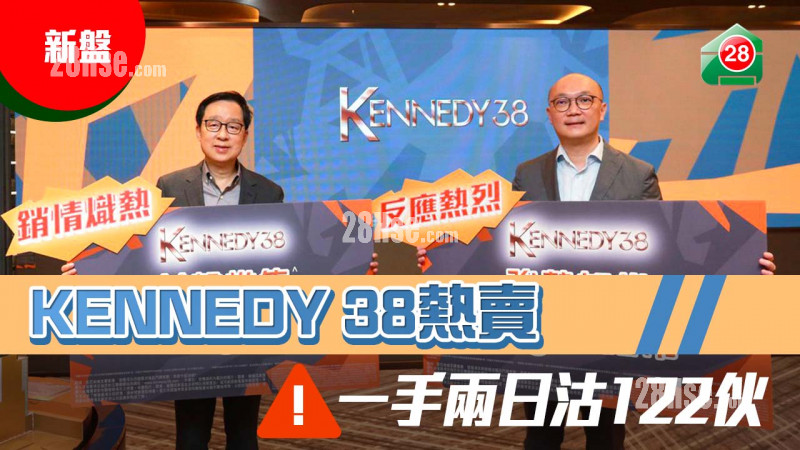 Hong Kong Wen Wei Po (Reporter Zhou Xiaojing) Hong Kong Island’s new developments helped the first-hand property market on the weekend and Sunday (20th and 21st). KENNEDY 38, Kennedy Town, Western District, first launched 130 units on Saturday, and the first round of sales was about 101 units. Nearly 80% of the units were sold, and about 800 million yuan was cashed out, and they were added immediately that night. A total of 122 units were sold in the first-hand property market over the weekend.

The YOHO Hub deployment will be launched next month

SHKP Deputy Managing Director Lei Ting said at a press conference yesterday that of the 101 units sold, all 1-bedroom units have been sold, which shows that there are many buyers in the market. The price list No. 4 has been added for a total of 40 units, all of which are one-bedroom units, of which 2 units are special households, and the price is the original price plus.

SHKP Acting Deputy General Manager Tang Jinjiang revealed that in terms of source of tourists, Hong Kong Island accounts for 65%, New Territories accounts for 20%, and the rest are from Kowloon. The project will start the second round of sales this Wednesday, and the subscription registration will be cut off at 8 pm on Tuesday. In addition, "The YOHO Hub" in Yuen Long, New Territories will announce the latest deployment within this week and is expected to be launched early next month.

The remaining new properties were also sold out. Unit A on the 10th floor at 15 Western Street, Xiying Pun, with a saleable area of 307 square feet, was sold for about 9.33 million yuan and 30,391 yuan per square foot. North Point Victoria Peak·Junhui, Nanchang Cullinan, Mongkok ONE SOHO, Tsing Yi Huilan, etc. all recorded sporadic transactions.