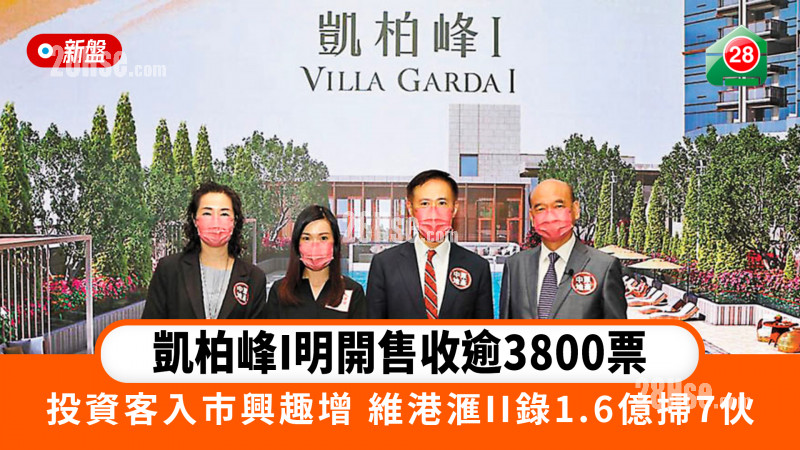 New listings are put on sale after the waves, and the 238 units of the second round of Kaibaifeng, LOHAS Park, Tseung Kwan O, which is jointly developed by Ka Wah, China Merchants Land and MTR, will be closed today and will be available for sale tomorrow. As of yesterday, it has collected over 3,800 units. The number of votes was exceeded by nearly 15 times, and the proportion of investors rose to 30%. As for NOVO LAND in Tuen Mun, a subsidiary of SHKP, it is expected to be approved for pre-sale in the short term, and it is hoped that the demonstration units will be opened, priced and sold within this month. In addition, the West Kowloon Victoria Harbour II, jointly developed by Sino Land and Wheelock Properties, has entered the market, spending about 160 million yuan to purchase 7 units in a row. ◆Hong Kong Wen Wei Po reporter Liang Yueqin

238 units will be sold in the second round of Kaibaifeng I tomorrow, including 60 units with one-bedroom units, 157 units with two-bedroom units, and 21 units with three-bedroom units. Tian Zhaoyuan, executive director of Sino Land, said that the project had received more than 3,800 votes as of 8:00 last night, an over-registration of nearly 15 times. The proportion of investors increased from 20% in the first round to 30%, and the proportion of visitors from outside areas also increased from 35% in the first round to 45%. .

Tian Zhaoyuan: The proportion of investors rose to 30%

Tian Zhaoyuan also pointed out that the West Kowloon Victoria Harbour II, which was jointly developed by the group and Wheelock Properties, recorded a big buyer yesterday, spending about 160 million yuan to purchase 7 units with three bedrooms and one unit. The units sold are units A on the 19th to 23rd, 26th and 27th floors of Block 3A, with an area of 826 square feet and sea views.

NOVO LAND or sales within the month

On the other hand, Chen Hanlin, the acting general manager of SHKP, said that Tuen Mun NOVO LAND is expected to be approved for pre-sale in the short term, hoping to open the demonstration unit, offer and sell within this month. The first batch of units involves a variety of apartment types, and the pricing is based on The YOHO Hub in Yuen Long and the benchmark housing estates in the area. Phase 1A of NOVO LAND provides 824 units, with apartment types ranging from open-plan to four-bedroom units, among which open-plan to two-bedroom units account for more than 80%, and all four-bedroom units are featured units.

The shopping mall of NOVO LAND is located on the base of Tower 2 of the project and is expected to open in mid-2024. Sun Yayin, deputy general manager of SHKP Agency Leasing, pointed out that the mall is named NOVO WALK, north ofEuropean style is the main theme, with an area of about 49,500 square feet, providing about 40 shops, the current pre-leasing rate is 70%, and the rent per square foot starts from 70 yuan, including popular small shops in the local area, and also introduces Yingyi Kindergarten and International Kindergarten, Market Place, Mannings, A-1 bakery and McDonald's, etc. In addition, the holiday will provide a shuttle bus service to connect to Tuen Mun V city.

In response to the occupancy of THE HENLEY in Kai Tak, Henderson Land has added 4 long-term payment plans for the project, including a 200-day cash payment plan or a preferential mortgage plan (the developer provides a first mortgage of up to 85% or a second mortgage of up to 40%), and 360-day transaction "Easy Property Exchange" payment plan or preferential mortgage plan. Among them, buyers who choose the 360-day settlement period plan can apply to the seller for early occupancy, but they need to pay a permit fee equal to 5% of the property price. It is used to offset part of the property price balance at the time of transaction. 155 units will be sold on a first-come, first-served basis this Saturday. 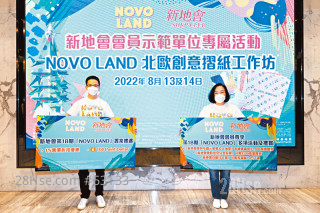 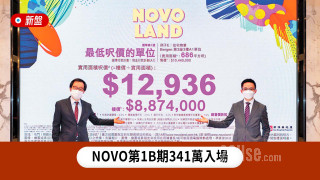