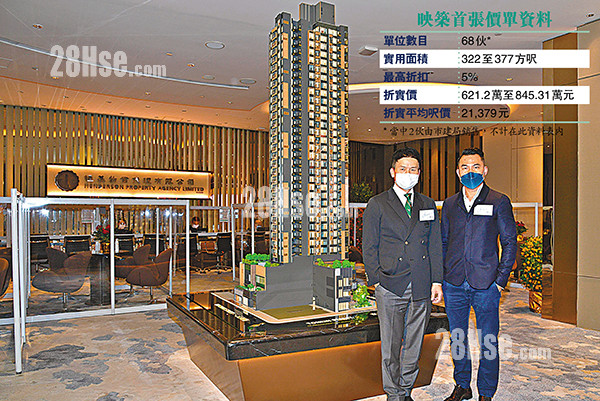 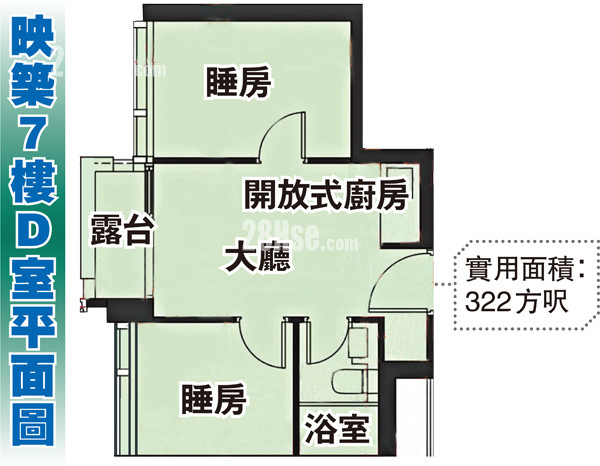 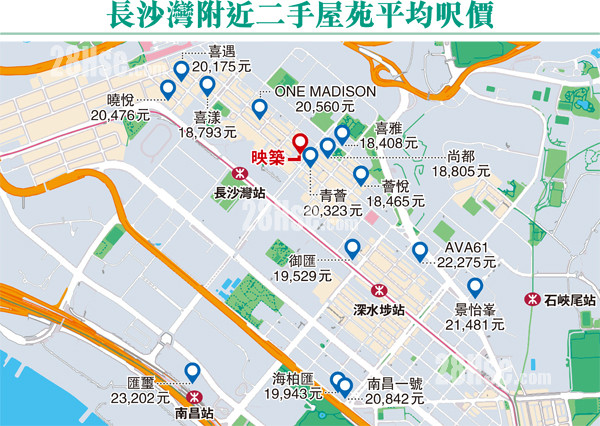 The first 68 units are launched with an average price of 21,000 per square foot, which is 4% lower than the new property in the same area

In the face of the new wave of the epidemic, Yingzhu on Castle Peak Road, Cheung Sha Wan, which is the first batch of new projects this year, with a pre-sale period of about one and a half years, and the cooperation between Henderson Land and the URA announced the first batch of price lists for 68 units yesterday, after deduction by the URA. Of the two units held, 66 units were sold by Henderson Real Estate in the first price list, with a discounted average square foot price of RMB 21,379, which is about 4% lower than the first batch of Evergrande Ruifeng, which was launched at the end of 2019, at a discounted average square foot price of RMB 22,309. %, the 322-square-foot two-bedroom house has a discount of 6.212 million yuan. ◆Hong Kong Wen Wei Po reporter Liang Yueqin

The first price list sold by Henderson Real Estate is 66 units, with a usable area of 322 to 337 square feet, all of which are two-bedroom units. After deducting the maximum discount of 5%, the net price is 6.212 million to 8.4531 million yuan. The developer also offers 85% one-money or 40% two-move.

Lin Damin, general manager of Henderson Property Agency's Sales (I) Department, described the offer price of this project as a "restrained price", which is 5% lower than the real estate in the same area, and it is worth looking at the top line. He pointed out that there is room for price increase when the real estate is launched, but it depends on the ticket collection situation. The demonstration unit of the project will be open to the public today, and tickets will be collected at the same time, and there is a chance to go on sale next weekend. He said that the first-hand transaction volume for the whole year of 2021 will be 17,200, an increase of about 10% year-on-year, and that the property market will continue to be stable this year.

Open today, open for sale as soon as next week

Chen Yongjie, vice chairman of the Asia Pacific region and president of the residential department of Centaline Real Estate, said that the new wave of epidemic has caused developers to launch and sell new properties step by step, and to prevent the epidemic first, the new property market had an empty window earlier. Yingzhu announced the first price list, which became the first real estate to be put on sale this year. The price is about 10% lower than that of the first-hand goods in the same area. Meet the buyers who have a limited budget and want to enter the urban area. He believes that the project has a finer entry code, which can also attract investment and tenants into the market. It is expected that the rent per square foot can reach 55 to 60 yuan after the occupation, and the rental return is 2.5 to 3%.

Bu Shaoming, CEO of Midland Realty’s Residential Department, said that the urban area is thirsty for low-priced properties. The first batch of 2022’s first brand-new property, Changsha Bay Yingzhu, is only 6.212 million yuan in discounted price, and the lowest discounted square foot price is 19,292 yuan. Compared with the new two-bedroom houses in the same area, the price is comparable to that of the New Territories, which is very attractive. At present, the cost of the new two-bedroom unit in the district has exceeded 9 million yuan, and the entrance fee for Yingzhu is only more than 6.2 million yuan, which is expected to attract many passengers and investors. He predicts that the rent per square foot of Yingzhu can reach about 55 yuan after the occupation, and the rate of return is expected to exceed 3%. Therefore, it is expected to attract many investors and tenants.

According to the price list, the above-mentioned units are only available for sale to the redevelopment projects of 217-235 Castle Peak Road (odd number) and 300-308A Un Chau Street (even number) acquired by the URA, and to participate in urban renewal in 2015 Owners who have signed the "Flat-for-flat" undertaking with the URA. Relevant qualified persons can purchase at a special price of 10,857 yuan per square foot according to the letter of commitment, that is, the price is 8.349 million yuan.

In addition, St. George's Mansions on Kadoorie Road, Homantin, jointly developed by Sinotrust and CLP, sold the characteristic unit of Unit A on the 22nd floor of Block 3 for 218 million yuan yesterday, with a usable area of 3,325 sq. Four sets with multi-purpose room partitions, the price per square foot is 65,564 yuan, and the buyer has a 150-day transaction period.