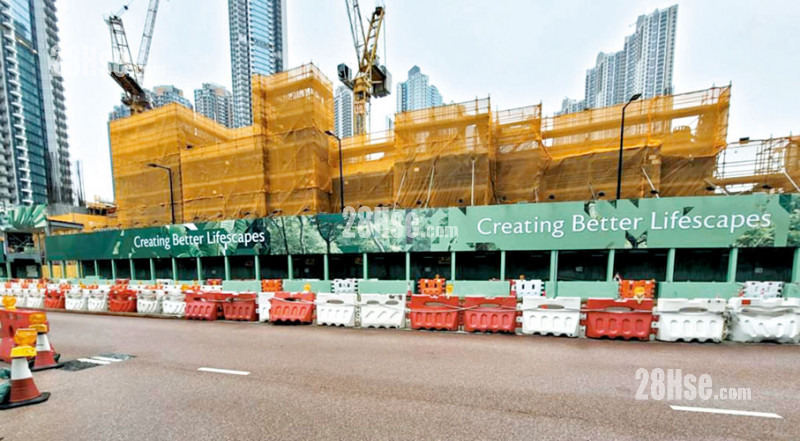 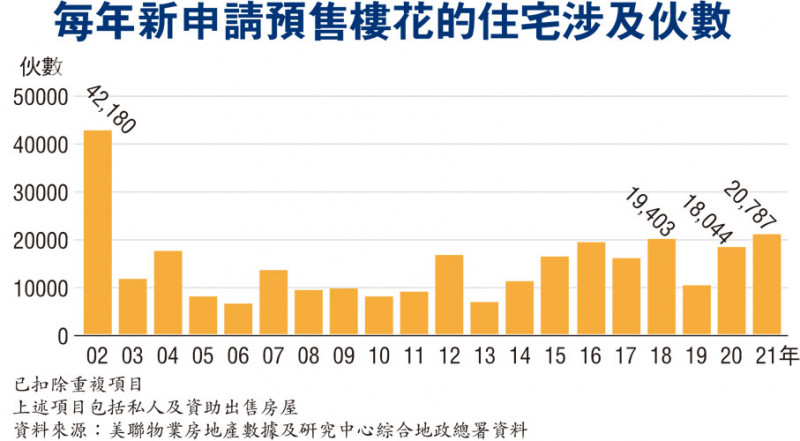 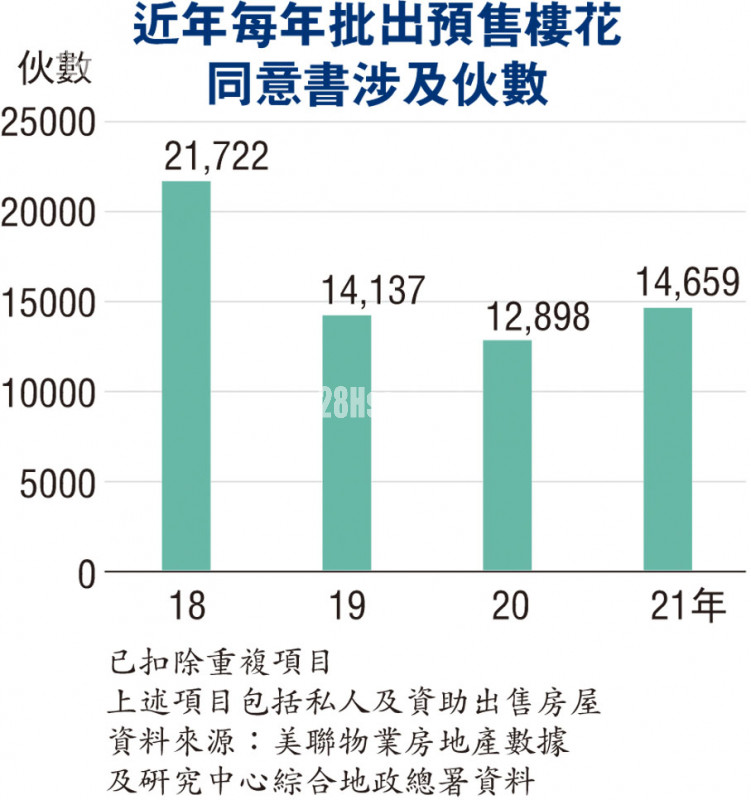 At the end of last year, the fifth wave of the epidemic in Hong Kong had not yet erupted. At that time, sales of new properties were booming, which stimulated developers to actively apply for property sales. The Lands Department announced yesterday that in December 2021, as many as 7 new projects have applied for pre-sale consents, involving 3,747 units, which will increase by 1.5 times each month. Among them, Tseung Kwan O Lohas Park Phase 11 is the largest. The paper applied for pre-sale in the third phase, providing a total of 1,880 units. As a result, the number of new units pending approval for pre-sales rushed to 17,570 units, the highest in 19 years. ◆Hong Kong Wen Wei Po reporter Yan Lunle

According to the latest information from the Lands Department, in December last year, 7 new projects applied for pre-sale of uncompleted units, involving 3,747 units, an increase of approximately 1.5 times on a month-to-month basis. Among them, Lohas Park Phase 11, jointly developed by Sino Land, K. Wah and China Merchants Land, is the largest, located above the MTR Lohas Park Station and shopping malls. The developer applied for pre-sale in three phases, providing a total of 1,880 units. The developer pointed out yesterday that the project focuses on one-bedroom and two-bedroom projects, and is expected to go on sale in the first half of this year.

It is understood that the 11th Phase B of LOHAS Park provides 592 units, while the C and D phases each provide 644 units. The expected completion date is from October to December 2024. In addition, Phase 1A of the Homantin Station project jointly developed by Chinachem and MTR is located at No. 1 Chung Hau Street. It has also applied for pre-sale and provided 447 units. The expected completion date is April 30, 2024.

In addition, the Phase 2 project at No. 19 Chengfeng Road, Kai Tak, jointly developed by Wheelock Properties, Henderson Land, China Overseas Land and New World, provides 704 units and has also applied for a pre-sale consent letter, which is expected to be in April 2024. It was completed at 30 sunset. Poly Real Estate also applied for pre-sale of new residential properties in Yau Tong, offering 634 units. It is expected to be completed by the end of March 2025, and the uncompleted period will exceed 30 months. The remaining application comes from Jian Hao Real Estate, which is the pre-sale application for the new luxury house at 128 Wong Ma Kok Road, Stanley, involving 82 units and will be completed at the end of March next year.

Looking back on 2021, a total of 20,787 units of pre-sale units were registered for new pre-sale applications, an increase of approximately 15.2% year-on-year, and a 19-year high since 2002. Liu Jiahui, chief analyst of Midland Realty, pointed out that the data reflects that even under the gloom of the epidemic in the Hong Kong property market in the past year, developers still actively applied for pre-sales of their projects.

Although as many as 4 pre-sales were approved in December 2021, involving 2,188 units, after one plus one minus, the number of new pre-sale units pending approval still surpassed the high of 17,570 units, an increase of approximately 9.7% on a monthly basis In addition, it is also a 19-year high since October 2002. Among the units pending approval, Kai Tak accounted for about 38.1%, involving 6,701 units, which was the largest in each district; Tuen Mun was followed by 2,722 units, accounting for approximately 15.5%, Tseung Kwan O and Tai Po accounted for 1,880 units and 1,871 units, respectively. Accounted for approximately 10.7% and approximately 10.6%.

As the number of approved units was only 123 units in November last year, and as many as 2,188 units were pre-sold in December, the base number is low, and the number of units approved has risen by approximately 16.8 times each month. The 4 new properties approved for sale paper came from MONACO MARINE (559 units) in Kai Tak, Ying Zhu (337 units) in Cheung Sha Wan, 36 Luhui Road (262 units) in Tai Po, and the dollars sold at the end of last month. Lang The YOHO Hub (1,030 units). In 2021, a total of 14,659 units have been approved for pre-sale, an increase of approximately 13.7% year-on-year, and a three-year high.

On the other hand, the Estimates Department announced that in November last year, 1,295 private houses were completed, an increase of about 7 times compared to only 161 in October, and a new six-month high. However, only about 12,600 private housing units were completed in the first 11 cumulatively, which is 30% less than the year-on-year target, and only reached nearly 70% of the annual target of about 18,200 units. Among them, about 5,600 units will be completed.