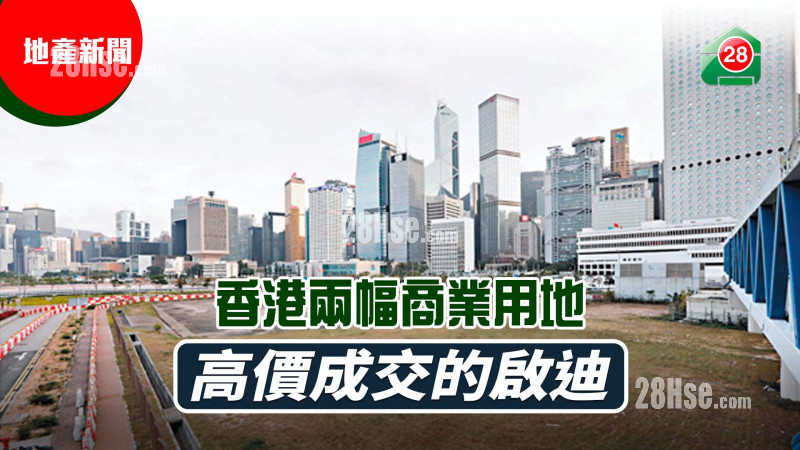 Last Sunday, the Financial Secretary stated in his blog that some high-quality land plots in urban areas were sold at high prices. This year, the non-recurring income derived from land is considerable, which partly compensates for the rapid increase in expenditure. The high-quality sites pointed out by the Financial Secretary are the Central Waterfront Land King and the Caroline Hill Road Commercial Land King in Causeway Bay.

In mid-May, the Lands Department announced that Hysan partnered with Chinachem to bid for the Caroline Hill Road commercial land king in Causeway Bay for 19.778 billion yuan. The land price per square foot was about 18,374 yuan, which was about 15% higher than the market valuation limit. Exceeded the consensus of market participants.

Hysan, the landlord of Causeway Bay, consolidates its advantages

The land has a buildable floor area of approximately 1.076 million square feet, and the developer estimates a total investment of 26 billion yuan. Soon afterwards, the developer announced that the land would build a 28 to 30 storey high commercial building, and the base B1 to 2 floors would be retail floors. It was hoped that a sustainable property with green space would be built, just like the "post" in Causeway Bay. garden". According to the land sales charter, the developer needs to construct a footbridge that runs through the Lee Garden to Caroline Hill Road and connects to the Lee Garden Shopping Center, which can greatly increase the synergy between the projects. The design concept is similar to the commercial cluster at Taikoo Place, Quarry Bay, but the Hysan shopping mall cluster in Causeway Bay has more retail value.

As Hysan Development Chairman Li Yunlian said, the project is a strategic long-term investment that will help improve the quality of the group's asset portfolio and increase stable rental income for the group. Hysan’s Causeway Bay’s commercial building kingdom originated in 1976. The nine existing commercial buildings were successively completed between 1976 and 2017. Together with the newly acquired Caroline Hill Road Land King, it will provide a total floor area of approximately 4.9 million square meters in the future. It is a high-quality commercial building that dominates the Causeway Bay area.

The position of King Hengdi in Central has risen

Less than half a year later, the Lands Department officially announced that the central waterfront commercial land king was successfully bid by Henderson Land for 50.8 billion yuan, setting a record for the highest amount of land in the history of land sales in Hong Kong. This time, the land area of Xinhaibin No. 3 is 516,316 square feet, and the total construction area is about 1.61 million square feet.