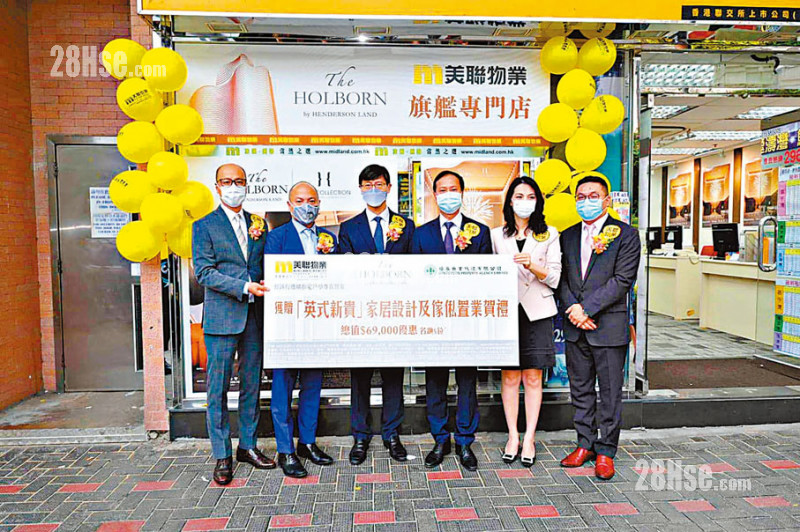 Hong Kong Wen Wei Po (Reporter Liang Yueqin) The Kai Tak THE HENLEY III, a subsidiary of Henderson Land, will launch the second round of sales of 81 units next Monday night, with discounted admission starting from RMB 6,159,800. According to the sales arrangement, flats will be selected in 4 groups, of which 1 unit of designated units of 500 square feet or more will be subscribed, or large-handed customers who subscribe for 2 to 4 units of units will be given priority to choose the flats.

Lin Damin, general manager of the business (1) department of Henderson Property Agency, said that THE HENLEY III had accumulated 1,208 votes (with intermediaries accounting for 24 votes), which was approximately 14 times oversubscribed. The second round of the sale of 81 units of THE HENLEY III, with a saleable area of 229 to 778 square feet, including open-plan to three-bedroom units, is priced at 6.484 million to 26.771 million yuan, deducting a maximum 5% discount, and the discounted price is 615,800 to 25,432,400 yuan Yuan, the discounted price per square foot is 25,631 to 34,059 Yuan.

THE HOLBORN collected thousands of votes over 6.8 times

Henderson Land’s Quarry Bay THE HOLBORN will start its first round of sales of 128 units on Sunday. According to the news, as of 8 pm yesterday, it has accumulated more than 1,000 votes, 6.8 times over-registration. Han Jiahui, general manager of the business (2) department of Henderson Property Agency, said that the third price list will be announced as soon as next Monday or Tuesday, and the price increase will refer to the first round of sales on Sunday. Midland will give out about 13,800 yuan of "British Upstart" home design and furniture purchase gifts for the first 5 customers who purchase the 1 bedroom unit of THE HOLBORN through the bank. The total value of the discount is up to 69,000 yuan. The promotion period is until September 2021. Until the 30th. The first round of sale of THE HOLBORN is 128 units, including 25 open-plan units and 103 one-bedroom units. After calculating with the highest discount, the discounted price of the whole batch ranges from 5.8826 million to 8,034.18 million, and the discounted price per square foot is approximately 25,309 to 31,507. Yuan.

In terms of new property transactions, MONTEREY, an existing building under Wheelock Properties, sold Unit A on the 11th floor of Block 9A for 60.188 million yuan through a tender. It has a saleable area of 1,670 square feet, four rooms with 1,498 square feet of roof and 104 square feet. The price per square foot is RMB 36,041 per square foot.

The Southwest Kowloon Harbour Gateway series jointly developed by Sino Land and Wheelock Properties and other companies sold 3 units in a row yesterday, and a total of nearly RMB 91.88 million was cashed in.

In addition, Qifeng Capital, a real estate fund founded by Sha Sa International Chairman Guo Shaoming’s youngest son Guo Haoquan, and others, partnered with the Fu Laorong family’s Guangxing Real Estate Group to cooperate with the Xin Pogang Qibao Street No. 1 industrial building reconstruction project named Dongao. The project will be next Monthly sales, the entrance fee may be less than 8 million yuan.

He pointed out that Dongao is San Po Kong’s first brand-new industrial development project in 15 years. It has 24 floors and a saleable area of approximately 280,000 square feet. There are 193 units and a total investment of more than 2.3 billion. From 10,000 to 15,000 square feet, the project can be sold together with the naming rights and is expected to be completed in the second half of next year.