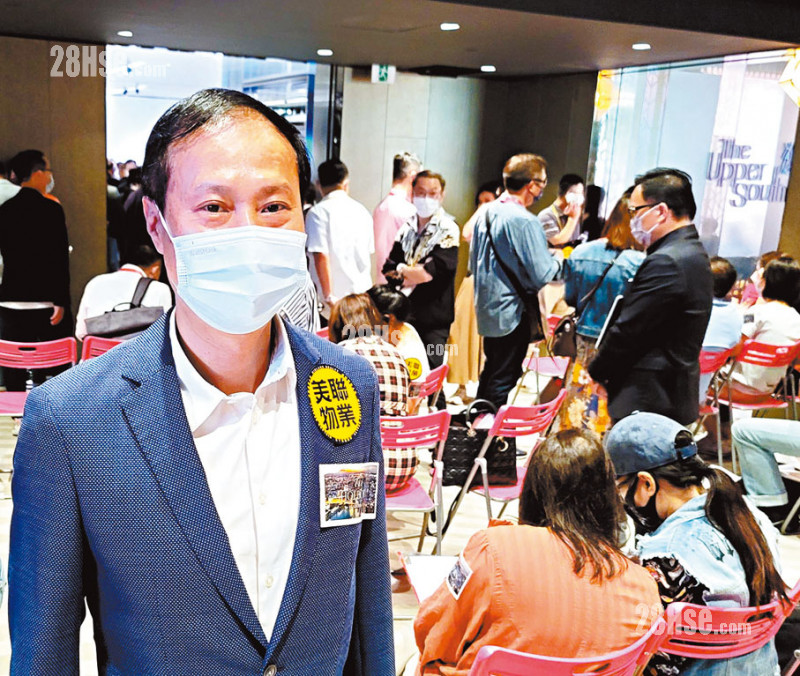 Developers have recently launched a series of launches. Following the first sale of the Hung Hom stand-alone building by the Guihong Group on Saturday, The HOLBORN Quarry Bay stand-alone building in Henderson also launched its first round of sale yesterday, involving 128 units. According to the source, As of last night, 65 units have been sold in the market, accounting for 51% of the saleable units. Due to multi-market sales, the first-hand market volume has been pushed up to nearly 320 units over the past weekend. As for the temporary record of more than 1,600 first-hand transactions this month, it is expected that the transactions will increase to 2,000 by the end of the month, a 4-month high. Hong Kong Wen Wei Po reporter Yan Lunle

Henderson Quarry Bay THE HOLBORN carried out the first round of sales of 128 units yesterday. The project intercepted more than 1,300 votes in consecutive days, which was approximately 9.2 times oversubscribed. As the project has been drawn before the sale and has a relatively relaxed time for arrival, the sale process was relatively smooth yesterday. According to the news, as of yesterday evening, a total of 65 units were sold, accounting for 51% of the saleable units.

As the project is dominated by small units and is located on Hong Kong Island, it attracts many investors to enter. Chen Yongjie, vice chairman and president of the residential department of Centaline Property Asia Pacific, said that the recent stock market fluctuations, coupled with mainland regulation, some investors have switched to simpler property investment, the project is located in mature communities and the rental income is stable. Many long-term investors are Indicates that they intend to enter the market, accounting for about 50% of the line's tourist source.

Bu Shaoming, CEO of Midland Realty's residential department, also pointed out that the bank has a relatively high proportion of customer source investment, accounting for about 50%. Some buyers plan to buy 2 households and 1 bedroom units for long-term investment for 15 million yuan. The rental return is expected to exceed 3 centimeters. According to the data, the market offers 420 units, 128 units in the first round of sale, including 103 units of 1 bedroom and 25 units of open-plan units, with an area ranging from 220 to 260 square feet. After deducting the maximum discount of 6%, the discounted price is 5.808 million to 8.034 million, and the discounted price per square foot is 25,309 to 31,507 yuan.

In addition, Lin Damin, general manager of the business (1) department of Henderson Property Agency, said that the Kai Tak THE HENLEY III recorded a total of about 1,300 registrations (with intermediaries accounting for 24 votes), which was oversubscribed by more than 15 times. The plate will be closed for registration at 3 pm today, and a lottery will be conducted at 6:05 pm on the same day.

Over 1,600 cases were temporarily recorded this month

A number of new homes were on sale this weekend. Apart from THE HOLBORN, there were units for sale at Man Kau Hung Hom and Wong Chuk Hang Yang Hai on Saturday, pushing up a total of 320 transactions in the first-hand market on the two days of the weekend. As of the past weekend in September, the market has recorded more than 1,600 single-handed transactions, mainly on the market below 10 million. Chen Yongjie predicts that one-lot transactions will reach 2,000 in the entire month, a record high in the four months after May.

In fact, in recent months, developers have continued to launch sales. Huang Liangsheng, senior co-director of Centaline's research department, pointed out that in the third quarter (as of September 15th, the same below), 3,444 first-hand private residences were temporarily recorded.The total value is 47.1 billion yuan. It is estimated that there will be 4550 cases and 58.5 billion yuan in the whole quarter, which will be a slight increase of 01% and a decrease of 20.2% from the 4,544 cases and 73.30 billion yuan in the second quarter. But it is worth noting that due to the lag in the data, the above data does not reflect the hotness of the new market in September.